Space Bro is the more naughty spin off of Astro Space Hero.

"I had all of this crazy footage that was great but didn't fit into the more family friendly Astro series.  I decided to make a spin off with Hugo as the lead character.  Hugo was all over Astro Space Hero as the comedic guy to the hero Corso.   So now Hugo has been promoted and is in charge of the USS Neptune.  I guess if I was pitching the series...I'd say it would be the original Star Trek with Buster Poindexter as the captain!' - Jerry Williams

Season one is on Amazon video.  Now working on season 2 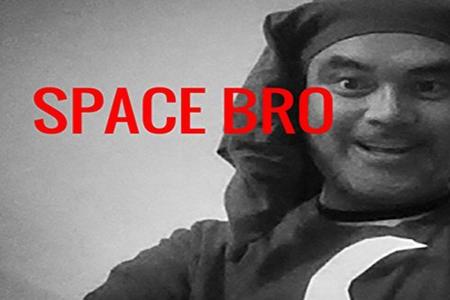 The Story of Astro space hero

In the galaxy, the heroes of Earth fly space ships to fight evil!  Commodore Corso flies on his ship called the  Jolly Roger!

Astro Space Hero started in 2008 as an offshoot to filmmaker Jerry Williams's more naughty film 'Queen of the Cursed World'.

"The film was a nightmare to finish due to some craziness in front of and behind the camera.  Yet I really loved the universe that was created for the film.  I invented the character Corso and still kept that universe going.  When I started worked on Astro Space Hero, it was actually called 'Corso in Z space'...A kind of love letter to more innocent sci fi of the 50's and those zero budget live action cartoons of my youth in the 70's on saturday morning.  I thought it would be fun to do a show that wasn't slicked out and just fun so anyone from 6 to 60 could enjoy it."  - Jerry Williams, writer/director (Purvos, Zeppo: Sinners from beyond the moon!, Queen of the Cursed World, UFO crash in Kentucky).